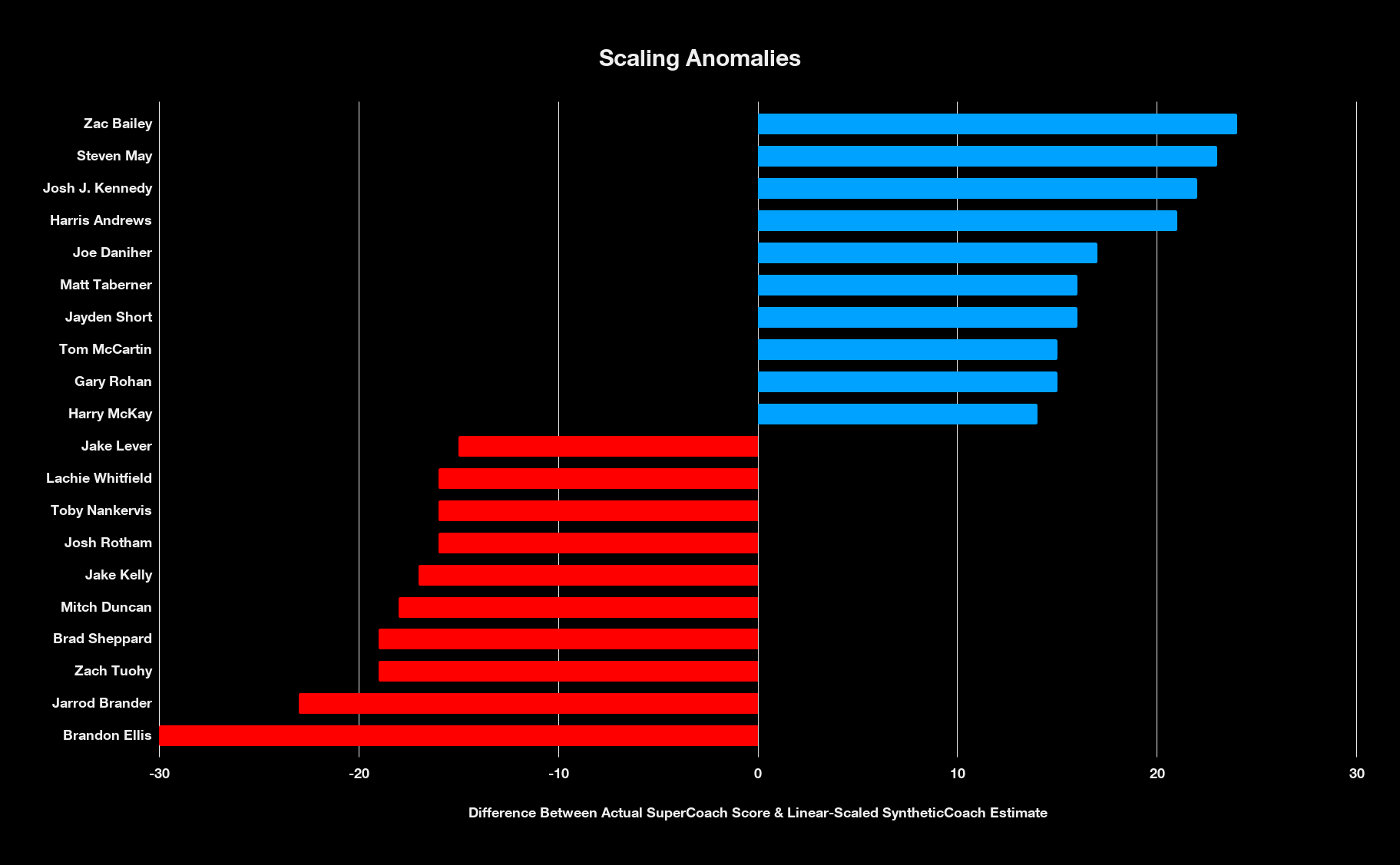 If anyone who saw the Magpies/Suns game has an idea of where Brandon Ellis’ points went, please let me know in the comments! If the score worm is anything to go by, the game was most strongly contested for the first quarter-and-a-half, and then again mid-way through the third, before the Suns ran away with the game. Often, when you see a score scaled down like that, it’s because it’s made up of junk-time stats, but Ellis’ contributions seem to have been pretty evenly spaced throughout the game, so I’m not really sure what’s happened there.

Jarrod Brander’s scaling is a bit easier to explain: the Eagles started to kick away mid-way through the third quarter, and most of his involvement came fairly late in the game.

At the other end of the table, Zac Bailey looks to have done a lot his good work – including hitting the scoreboard – early in a match that his team dominated from the outset, while Steven May had a big third term, at the same time as his team came from behind to hit the front.

As always, you can look up any player in the table below to see how they were affected by scaling on the weekend; if you want to dig deeper and take a look at where all their points came from, you’ll find that in the spreadsheets at the bottom of this post.