Welcome all to my first edition of ‘The Fallen Premiums.’ Any feedback, positive or negative, would be appreciated. Also, before we have a look at both under-performing premiums and make an attempt at predicting the future, I’d just like to give a quick mention to all the hard work Chillo has done with these articles in the past. I hope I can keep a semblance of what made those articles a must-read!

Price changes are continuing with a 3-game rolling average. Which means no price changes this week, a player needs to play 3 games for their price to be affected. Please note that the projected average used in the Table of Misery below to calculate prices is purely theoretical. Now would also be a good time to mention that anyone wishing these players to continue to score poorly is deeply depraved and should be ashamed of themselves… (saying that, I hope Steele drops below 600k.)

George Hewett (CAR, $399k, 131 SC points) a new club and a new role for Hewett, who has become quite a popular pre-season pick (32% ownership). 22 CBA’s and a healthy 131 SC points make George Hewett quite an appealing option for non-owners, Hewett also allows DPP and a potential premium keeper at a very attractive price. The Carlton midfielders all went large and led the Blues to their first win against the Tigers since 2013! It’ll be interesting to see how Hewett backs it up vs the Bulldogs this week and then how Sam Walsh’s return affects his output.

Dan Houston (PTA, 467.9k, 144 SC points) Houston is looking like he’s finally ready to emerge as a premium option this season (a bit of déjà vu about that statement). Dan found a place playing pure wing vs the Lions, and it’s obvious the Power want the ball in his hands whenever possible. If he can finally iron out those odd sub-60 scores, he could be a cut-price super POD with a massive ceiling.

Matt Rowell (GCS, 342.9k, 157 SC points) welcome back to Football Matty Rowell! Not much to say that hasn’t been said. But after a string of bad luck, Rowell showed out against the Cats in the AAMI Series and then backed it up while entering another gear on Sunday vs the Eagles. 33 disposals, 22 contested at 73% efficiency is absurd! The Eagles midfield wasn’t completely up to scratch, but there’s no doubt that the midfield combination of Touk and Rowell won’t be neutralised easily! If you didn’t start him, look at trying to bring him in ASAP! 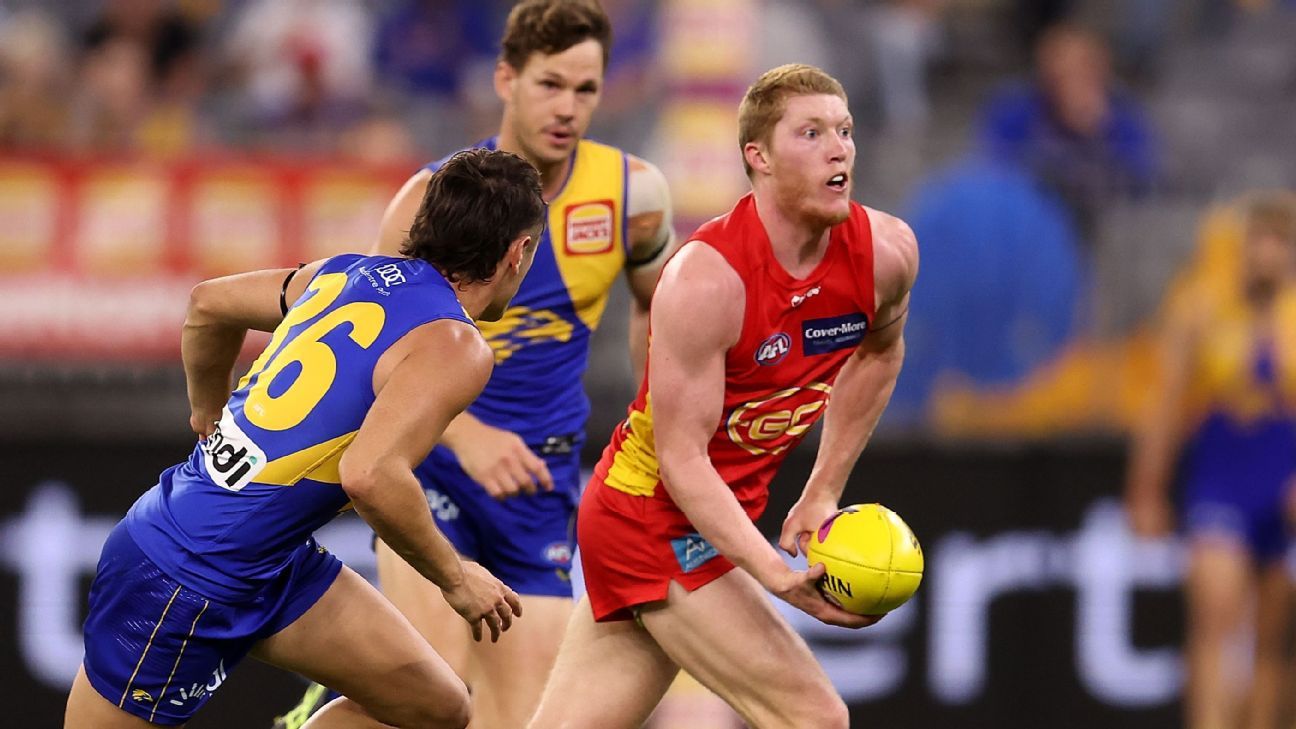 Tom Green (GWS, 430k, 164 SC points) much like with Dan Houston, it feels like the sentence “Tom Green is ready to break-out” has been said for the past 5 years (funny how that works for a 3rd year player). Green looked like an absolute bull on Saturday, but will he be able to keep it up with an abundance of GWS midfielders who require both points and midfield time (with the majority of them scoring between 60-80 against the Swans, which won’t happen every week)? Also, with Leon Cameron as the coach, I wouldn’t be surprised to see Tom Green parked in a forward pockets this weekend.

Patrick Lipinski (COL, 359.9k, 133 SC points) Lippa starved for opportunity in the stacked Doggies midfield, found himself traded to the Pies who were crying out for a player like him in the middle. A fair few coaches saw Lipinski as a player finally given the opportunity in the midfield where he could rack up touches, average 100+ and also generate cash! Clearly, he has the right role and no doubt he can make enough cash to be a successful trade in. It’s just the rejigging of your structure that may be an issue. Keep an eye out for him against the Crows this weekend.

Luke McDonald (NTH, 372.1k, 140 SC points) early in the 2020 season, LMac was shifted from the midfield to the defence, which resulted in an average of 118.4 in the last 10 games of the 2020 season. The 2021 season wasn’t so kind to McDonald. Between injuries and a role change back to a wing, LMac found himself becoming a Fallen Premium and irrelevant once again in SC. However, it was clear during pre-season that McDonald would be shifted down back alongside 2021 favourites Aaron Hall and Jack Ziebell. LMac took 3 kick-ins vs the Hawks (Hall with 6 and Ziebell had 3) and played one of the best games of his career (playing Ziebell’s role better than him). Defensive eligibility will most likely be granted in round 6 and besides some durability concerns, could well and truly be a keeper!

Jarrod Witts (GCS, 380.3k, 131 SC points) Witts in WA dominated against Nic Naitanui, just as expected… With a very serviceable midfield to use his ruck craft with, it’s easy to understand why coaches were thinking of starting Witts as a means to free up funds. With a serious durability risk, having only played the 3 games in 2021, bringing Witts in would be a play purely for the saved funds and cash gen, with the understanding that you’re going to want to trade him out eventually.

Tim English (WBD, 482.6k, 123 SC points) Stef Martin was a late out, which meant English had ruck duties all to himself against the Dees. English’s ability to read the ball and get into position in the contest against no slouches in Gawn and Jackson was nothing short of magnificent. His work around the ground was magnificent as well, with 8 clearances, 13 contested possessions, at 85% efficiency and 6 marks. He was a bit lucky with 8 free-kicks awarded to him and would have been a certain starter in my forward line if he was guaranteed to be a solo ruck. Keep an eye out this weekend with Stef expected back to see what his ruck load looks like.

Isaac Heeney (SYD, 454.5k, 141 SC points) for some, purely seeing this man’s name brings back some deeply repressed memories. A healthy split between the midfield and the forward line against the Giants had Heeney scoring goals and racking up possessions. No doubt, Heeney has the ability and a large ceiling, we could easily see him go on to average 105 SC points for the season, but it’s the uncertainty that he could find himself trapped up forward or an unexpected injury occurring that keeps owners constantly anxious.