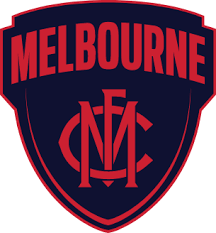 After breaking their 57 year premiership drought, the Dees will be up there again in 2022 and would ideally like to take it out again this year in front of their home fans, many of whom didn’t get the chance to venture over last September.

It will be a star studded lineup to start the year with multiple All-Australians within this side, which unlike years past, is coming into the season with a fairly set best 22, so don’t expect to pick up too many Demon rookies at this very early stage!

There’s about six to seven players on their list that I could make a genuine case for them averaging triple figures for the year, but the likelihood of that happening is pretty low. Even still, Melbourne will be one of the highest scoring teams across the season, let’s take a look through some of the guys that you’ll be seeing a lot of this year.

Coming off a career best year, Salem still didn’t crack the magical triple figure average, finishing with a very respectable 94.5, but I think he can go to that next level in 2022. He’s the main distributor off the back half and is rarely, if ever, targeted with a forward tag. He showcased a super high ceiling with 167 in round 6 last season, which was one of his nine tons in the regular season. Coming into his prime years at 26, and with the confidence of being a premiership player, he’s looking the goods for 2022.

In the bracket just below Salem are the two pillars in the Demon defense. Another couple of guys who I could see, at best, cracking that triple figure average, but overall come with more risk than a distributor like Salem. Both averaged a touch over 90 last season and scored several tons each, but their gamestyles are slightly less applicable to Supercoach and hence may have a greater variation in scores. Plus if Melbourne dismantle teams, then the ball won’t be spending a great deal of time down there for these guys to intercept. But overall if they fit your structure, then they can be relied upon for a serviceable score most weeks.

Van Rooyen was taken at pick 19 in this year’s draft, and would be one of the first in line for a senior debut if the opportunity arises. The added bonus is that he has FWD/DEF DPP eligibility, so he’s that perfect swing option to pair with, for examples sake, a Sam Skinner. While he may not get a chance straight away, keep en eye on this kid to make his debut at some point.

Now this guy being this cheap is a bit of a steal in my eyes. Played 7 games last season (including finals) to finish with an average of 61, with a couple of 80+ scores thrown in there. Now while those might not set the world on fire, a guy at his age who is trusted enough to be in the best 22 of a premiership team has a lot of upside and he could quite easily make 100K on his starting price very quickly. Strongly consider.

You’ll be spending a premium on both these guys but it’ll be worth it all. Clarry finished last year with an average of 123.5, while Petracca had a very healthy 111 next to his name, a gap I feel will be fairly similar again this year. Clayton will find plenty of the ball and that’ll typically be in a contested situation, not incredibly dissimilar to Christian who overall will spend more time in the forward 50. Of the two, Petracca may have more lows, but either option to start the season or target when a price drop emerges is a safe bet. Both looked super by all reports from last weekends practice match.

Feeling Lucky – Not much to see here, a lot of the points will already be taken and I cant see guys like Dunstan, Viney or Brayshaw being consistent enough scoring wise.

Another season and another 120 point average for the Premiership captain, the 4th time he has done so in his glittering career. There was a period where his triple figure scores were just creeping over, but his ceiling is so high that he must be considered each and every week for the VC/C. Last year he did turn in a 63 point effort, but that was his one and only score under 90, a pretty impressive feat, and one that should be taken into consideration as we enter 2022. With the rucks this year not as straight forward as years past, picking Gawny may also prove to be a bit of a POD in the early stages of the season. The one and only question mark that is in my mind though is….

This young guy who may just take some of the converted number 1 ruck minutes off our main Max. Granted, this kid is going to be a gun, as was shown by his six tons last season, but the question is can he take the next step at just 20 years old? He’ll start the season at an awkward price that probably doesn’t have much growth in it unless he gets on a super run, but with his shown scoring potential and a being part of a what is expected to be one of the top teams, he might be the DPP RUCK/FWD that sets you apart.

One of the more talked about rookies last year was Laurie, so why not again in 2022? He comes with DPP status which always comes in handy, and is bargained based, but the question remains, will he make the best 22? There’s a little bit of competition for spots between Weideman, Sparrow, Baker etc, maybe Bailey will be the one to shoot up and take his chance. Keep your eyes peeled as we move closer to round 1.

Just Oliver for myself currently, fairly biased as he’s served me very well over the past few seasons. Salem and Bowey have been in and out. Which Demons are you running with?