I usually do a last minute team picker each year right about now. Well, more accurately I have done one and it gets published about now. This, year, ‘because work happening a lot extra,” I didn’t have time to write one up. Doing it properly takes a while, with explanation and trying to give options and of course some cow flexibility.

“Yes good thinking, Mr. Imaginary Interlocutor who wants to not go into The Box”

Anyways, I was all frustrated because I hate not doing the stuff I do,

Sorry, I remembered the Hamster had just talked about how the perfect is the enemy of the good, and I realized I could still put up a useful if not perfect last minute team .

Ah, yes. So, anyways, with so few good options this season, I realized that if I didn’t spend  time writing about non-essential stuff

Didn’t spend Too Much time writing about non-essential stuff, I could put together a few finished team which would be perfectly good for new players to use. They would still have all the same challenges about what cows were playing and such, but no way to completely avoid that.

Besides, Cows going in and out and in and out is part of managing a team, not picking it!

….so not saying anything….

Yes, you are in fact correct I think.  Ending the first week with good cows is management, not team selection, because we are going to have to change as selections are revealed.

So, anyways, Here are some teams. We took turns making and naming them.

I call this one “Platonic Ideal of a Pumpkin Seed”

It has a safe 4 gun backline, a safe 4 Gun midfield, a safe 2 gun Ruck line, and a safe 3 Gun forward line. The most expensive cow is Brodie at 224,300. It’s name comes from how it is a lot like the classic ideal of a Gun and Rookies team. It even has 13 Guns! Old school hamsters for the win!

I call this one “The Unbearable Lackness of Cows. (In Defense)”

I started with the three highest job security cows in defense, and then Filled in with Four top defenders and Hewett. That was not cheap and meant going with just three gun mids and English instead of Gawn. It is also a 13 Gun team though and does have both Rowell and Berry. 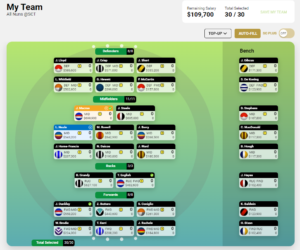 I call this one “Man’s Inhumanity to Man”. 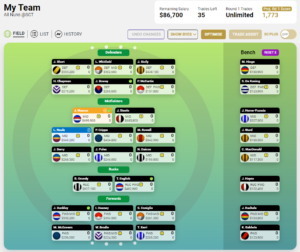 Well, that was well named, yes moving on

I call this one “I have always relied on the wisdom of strangers.” 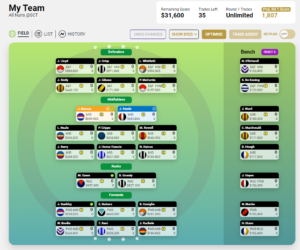 You just tried to take all the most popular players, didn’t you?

Yes! Wasn’t quite possible but I did my best! Not thinking took a lot of effort!

Last and least, I call this one “Potentially Harmless”

It’s a team. Just a pretty normal and not silly, well, not much of anything, with some but not a lot of risks and just very bland. But should be ok to start with. 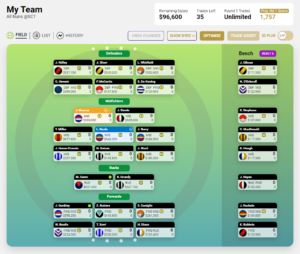 Hey, Don’t I get to do a second team?

Afraid I have to side with the Hamster on this one. After “Man’s Inhumanity to Man, well, one of your teams was enough!

Humph. Someone out there is brave enough to use it I bet! Look at all the possible upside. So much upside!

Stop him before he actually talks someone into it!

Yup yup yup. Enough of that. So concludes my First Big Book of Last Minute Teams.