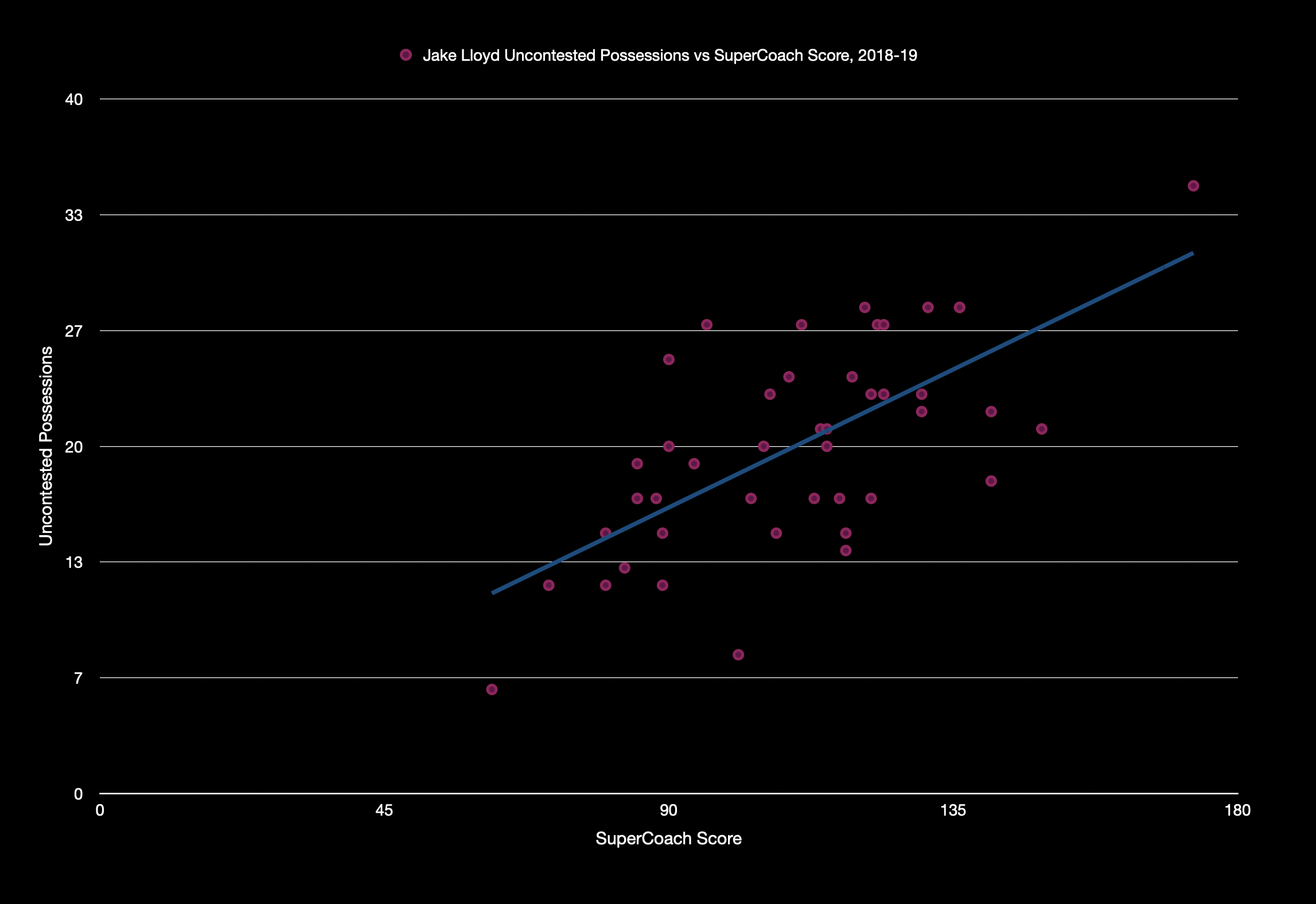 but it’s not a huge correlation, and there’s a lot of spread. What he does with those possessions tells a somewhat more densely clustered story: 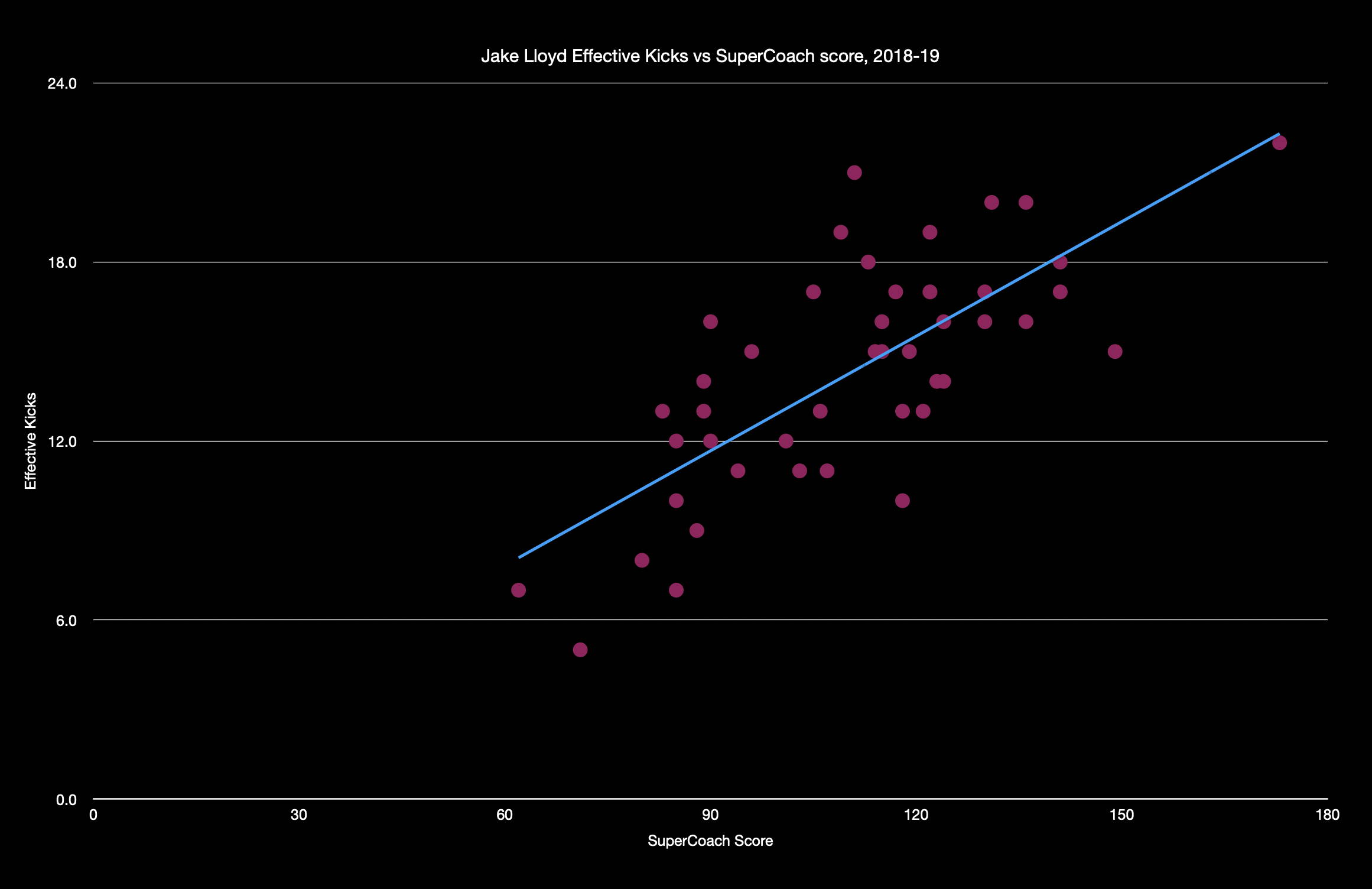 I’ve used 2018-19 scores here, because the general consensus at the moment is that the shorter quarters last year made some of the scores go a bit mental.

Both of those charts suggest to me that he could be vulnerable if an opposition team decided to tag him with a defensive forward, but that doesn’t seem to happen very often.

Meanwhile, with the first batch of price rises just around the corner, coaches everywhere are trying to make sure they’ve got the best rookies locked into their squads. Who are the best rookies? Well, we conducted a poll on this topic earlier in the week, and this is what we found:

Other coaches, happy enough with their rookie setups, have been toying with the idea of bringing in Tex Walker to make some quick cash, on the back of two big scores in the opening two rounds. I didn’t mind the idea myself, either, until I saw this: 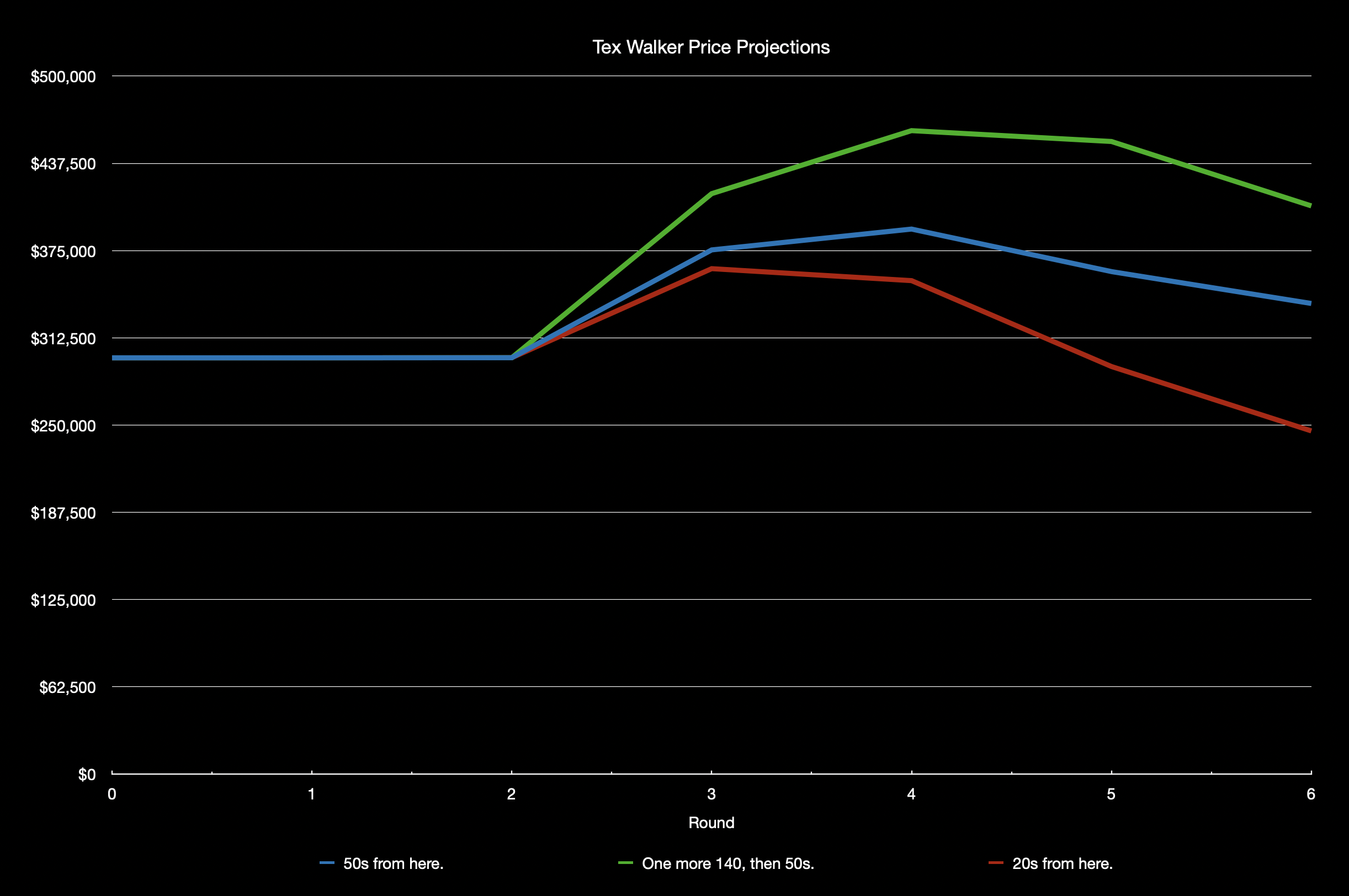 Because his scores came in the opening two rounds, they don’t stay in his price cycle for as long as they normally would. This means they won’t make him anywhere near as much cash as they normally would. Unless, of course, he has another big game either this week or next, in which case his price will skyrocket. But you really need that to happen in order to make the two trades he’ll cost you worthwhile.

That’s all I have for you today. If you’ve got any idea for something you’d like to see graphed in a future installment, let me know in the comments, and I’ll see what I can do.

4 thoughts on “Uncharted Territory – Round 3”