I’ve done my best to keep track of the leagues that were created here, but occasionally one will slip through the cracks. If you happen to know of a league in or around the top 500 that started here on SCT that isn’t listed below, let me know in the comments, and I’ll update the list (P.S. it makes my life a little easier if you can match the exact spelling, spacing, and case). 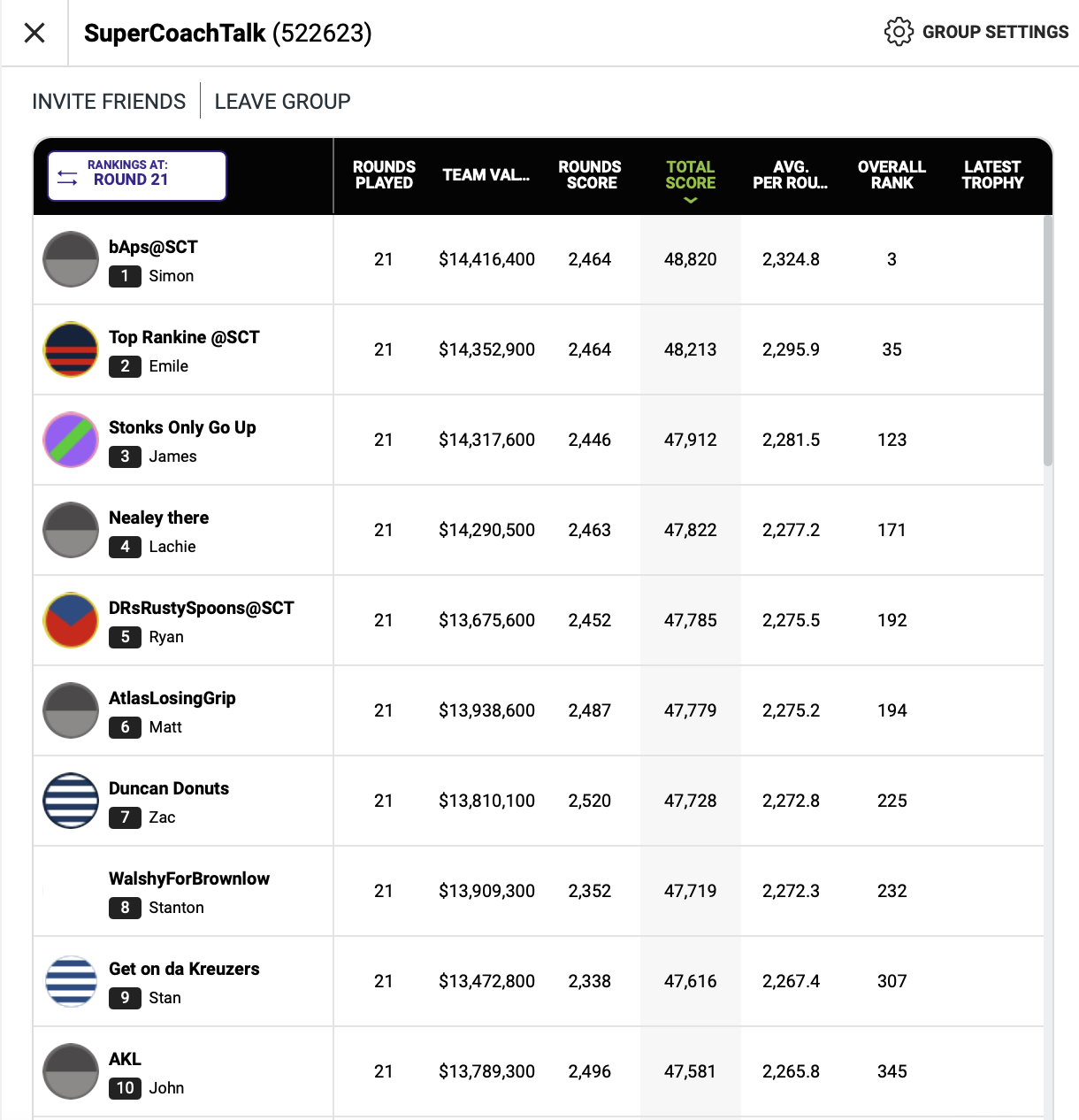 bAps is still 3rd, while Emile’s Top Rankine @SCT has moved up to 3th. We still have a total of 12 coaches inside the top 500.

Best of luck in your prelims this week!